Sean Mattingly, wrote this message in my comments:  I visited in September of 2020 and brought in an additional horsey. This is a video I made of the adventure. 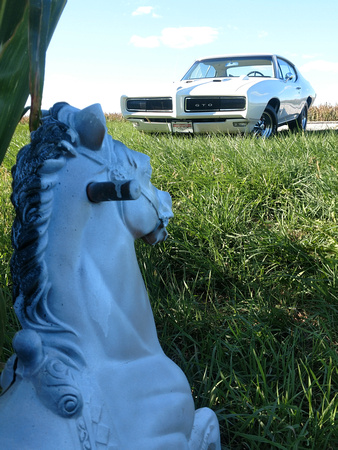 Mr. Robert Wenger died September 7, 2019 He was 90. From the obituary Robert brightened commuters lives with his line of horses in the field, that can be seen off of Route 24.

As the story goes a retired Chenoa farmer named Bob, plunked a carousel horse at the end of a field as a marker for his wife to see. Seemingly, others plopped more of these whimsical plastic figurines until there was a row of them!

When I first moved to Central Illinois I had the opportunity to meet in Fairbury for a business coffee. Driving there on Rt 24, I noted this rather odd procession. It took me a bit to get back to them, but I snapped a few photographs then, feeling a bit like I was trespassing on some sortof private memorial. 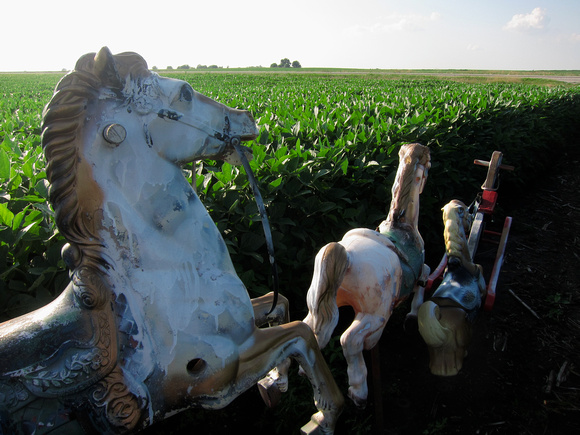 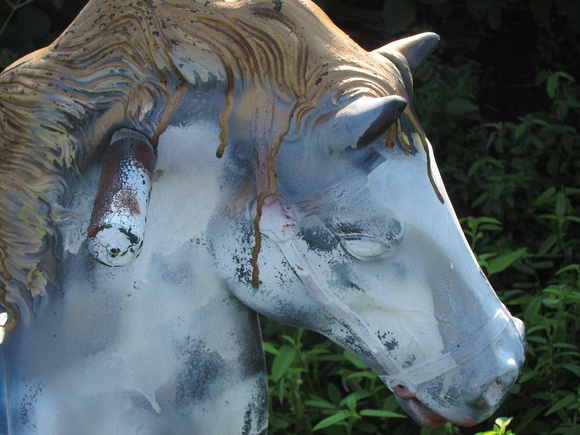 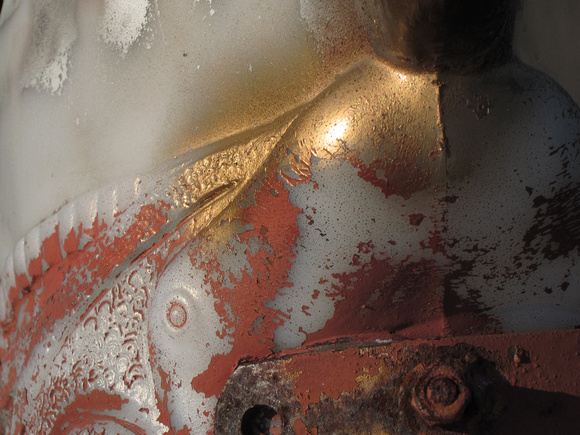 It was a few years after this first set of images was taken that I went again.  I was on my way back from a trip and using Rt 24 as a shortcut from I57 to I55. My skills as a photographer had grown. The time of day was SO great for image taking. I love the hyper focus, the pops of color and shadow play. I had started using the software Lightroom and my artist signature was beginning to take form. It showed in my image taking. 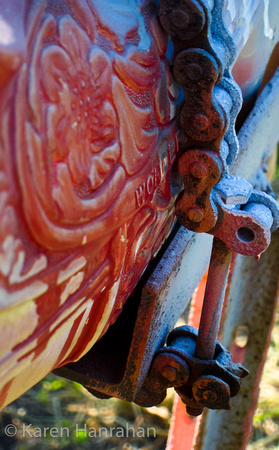 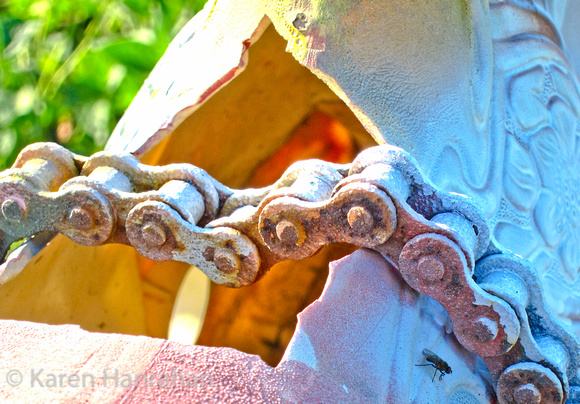 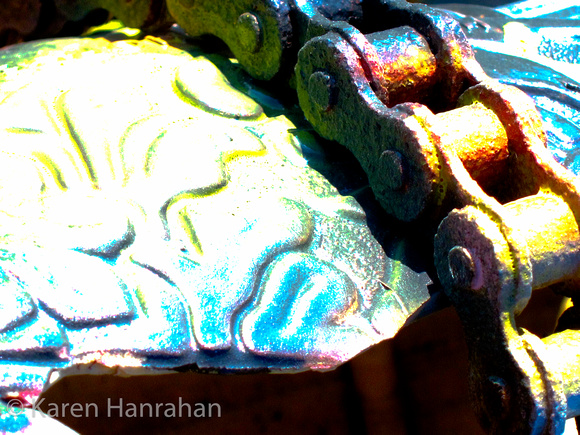 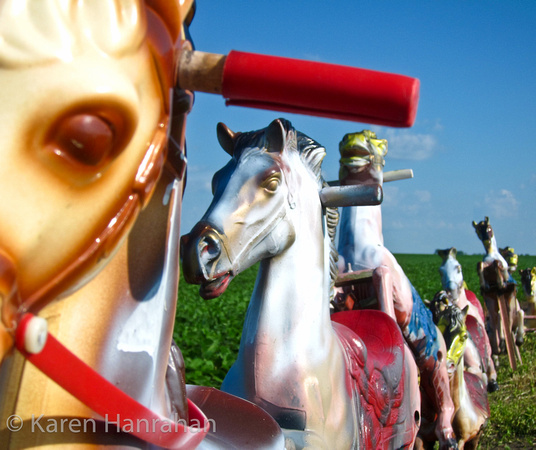 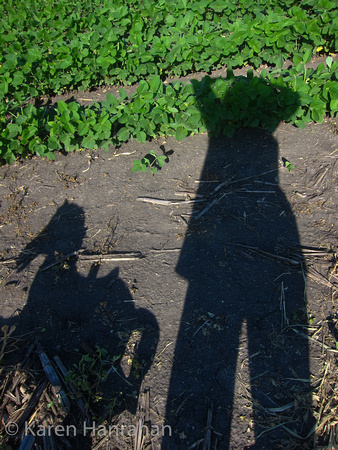 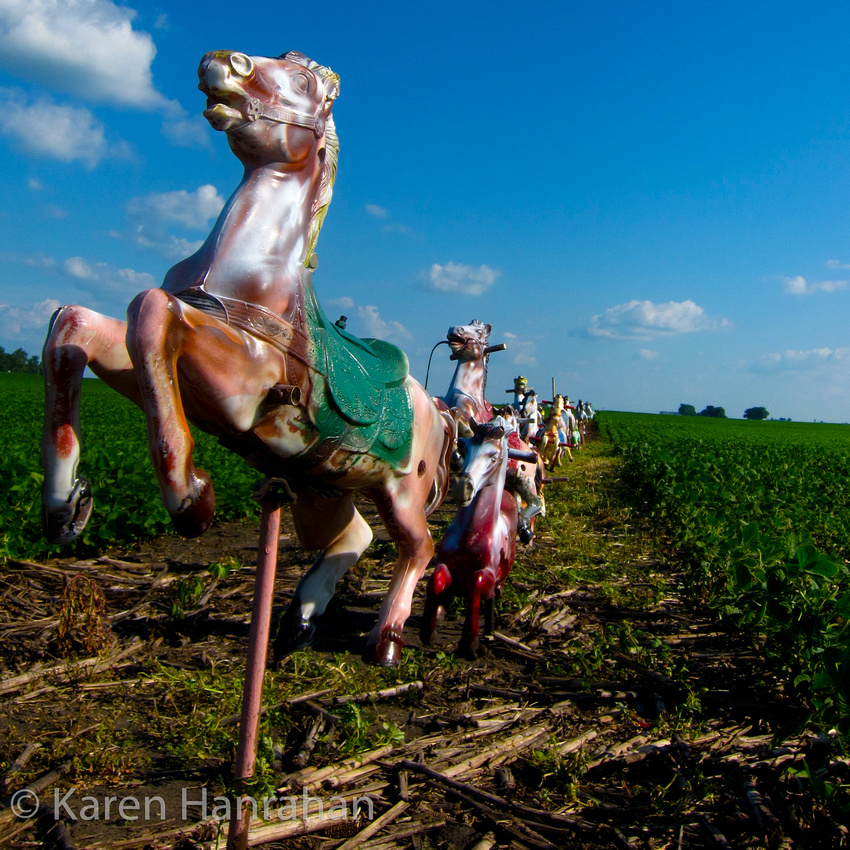 In September of 2015 I was saying farewell to Central Illinois and took a fellow photographer with me on a bit of a road trip. This was one of the places we stopped.  The day could NOT have been more perfect, and it was a treat to share this find with another creative.

Ricky honored me by capturing an image of me in my essence. As anyone who is a photographer knows, when you are always the one behind the camera it's often a challenge to have a quality image. taken of yourself.  Our day together was a perfect ode to those endless fields we all know from the midwest.  and a tug on my heart to say goodbye to someone whom I was just getting to pal around with - artist to artist.

Get a load of that cloud rich sky, and that color divided field, and the blueness of it all! I can't get over all the perspectives either, such an evolving expression.  Even Ricky's shirt color was on the same page!!

What a terrific day this was!! 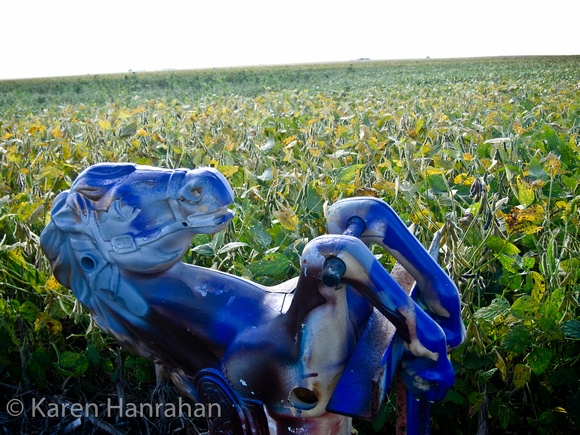 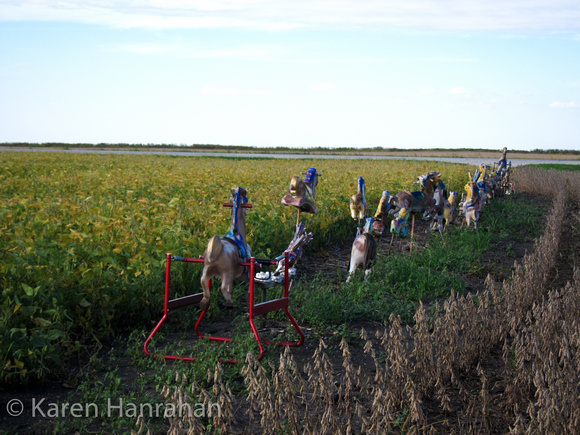 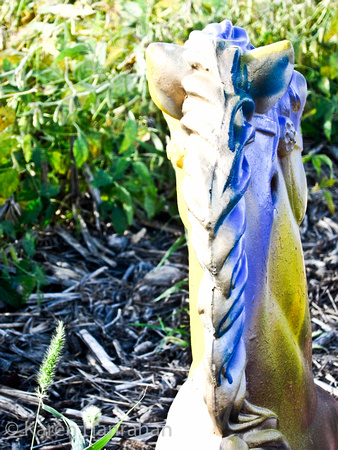 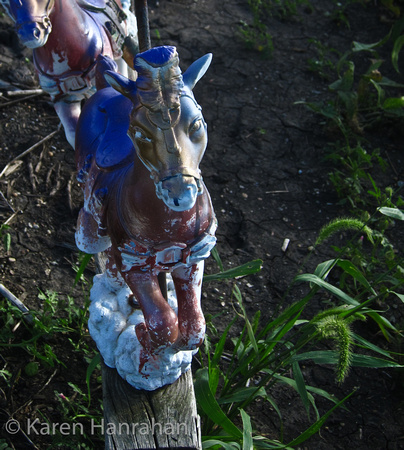 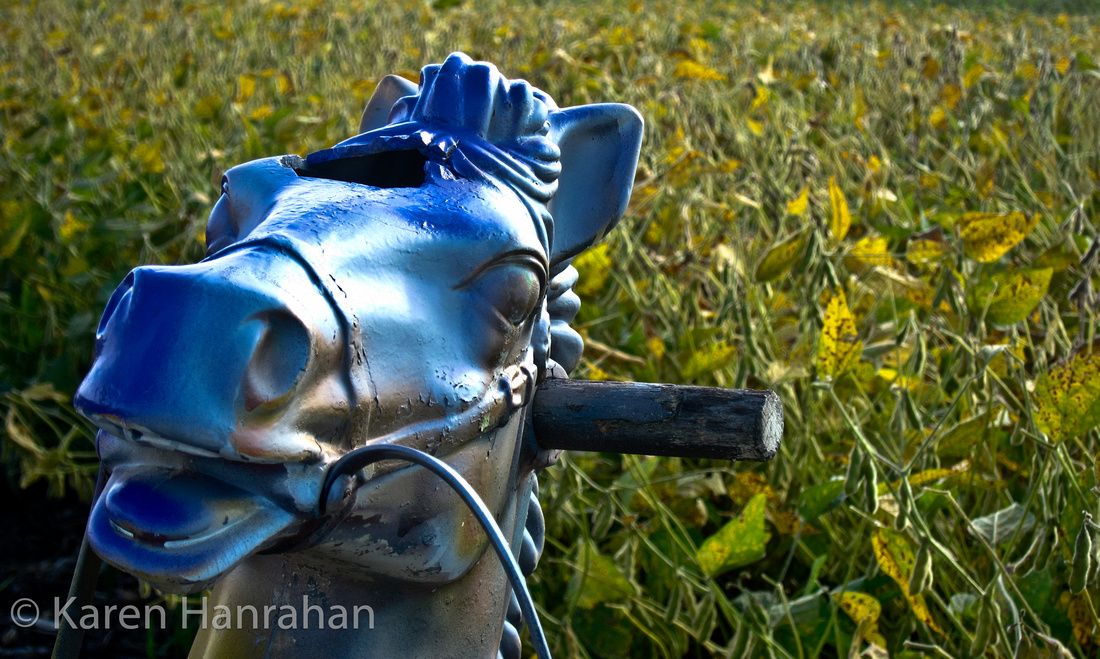 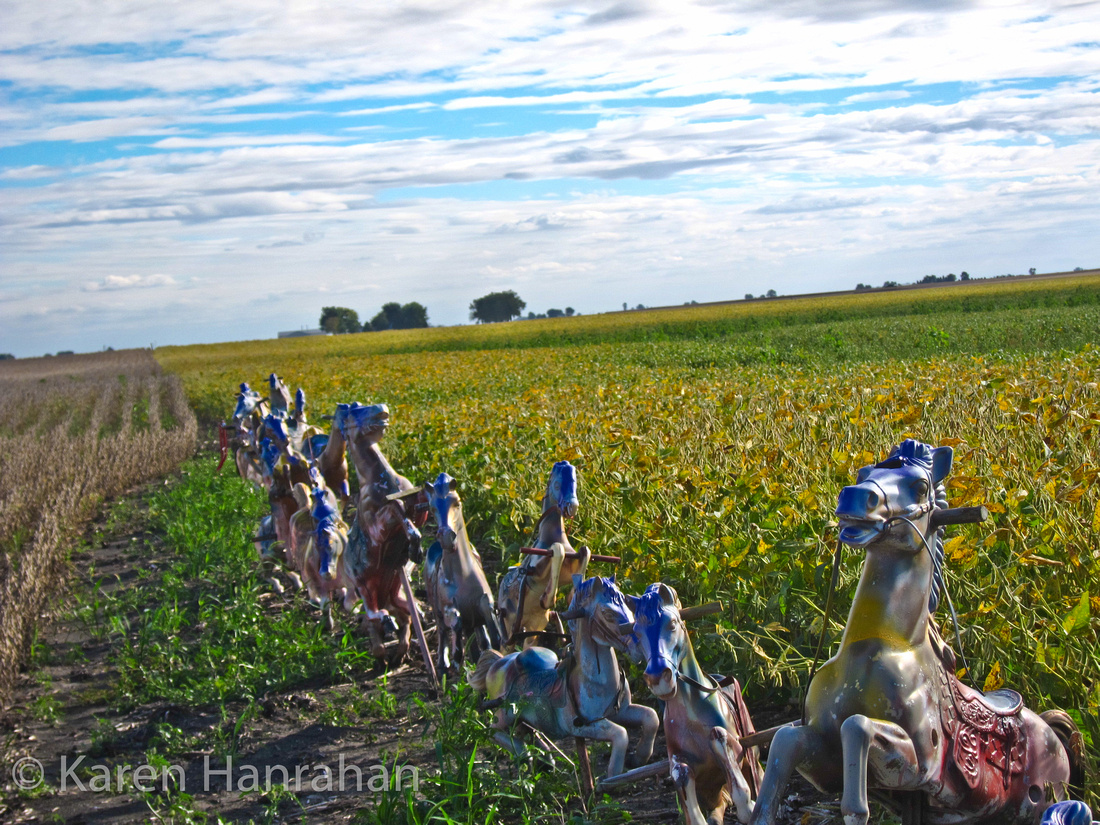 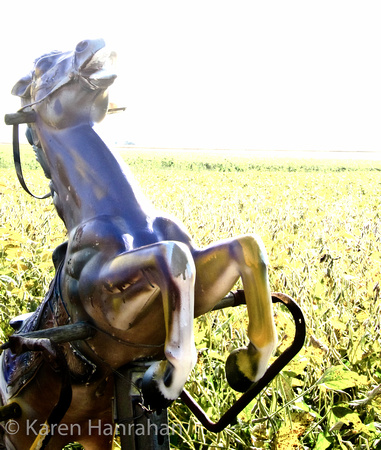 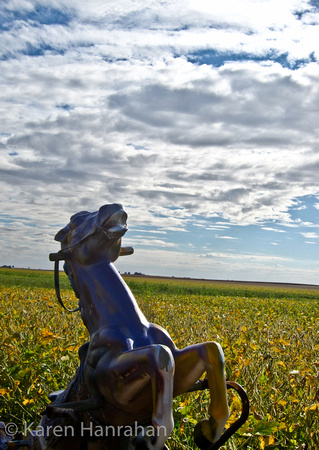 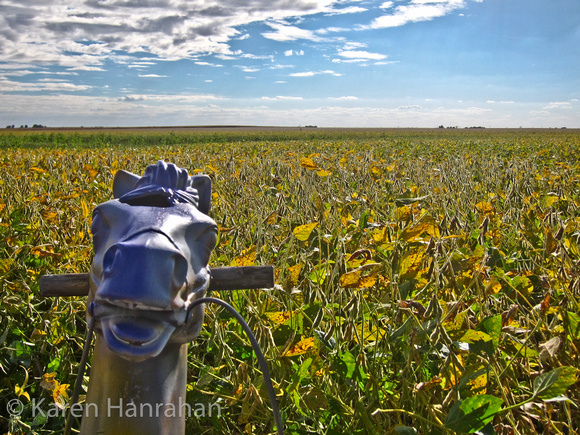 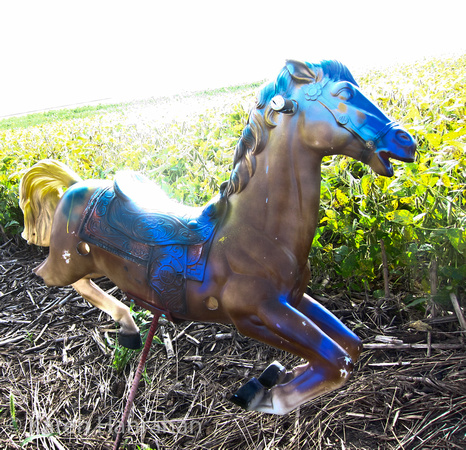 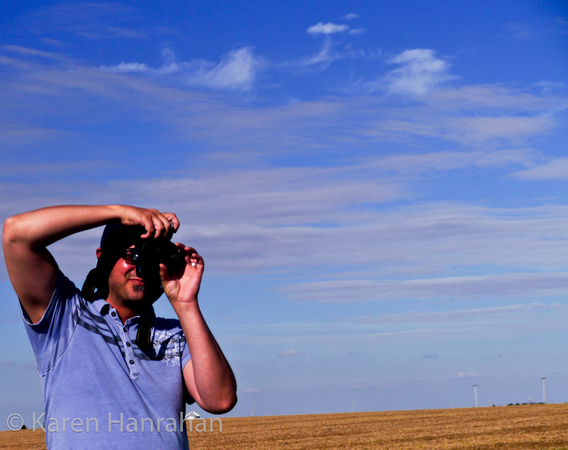 I love the image below that you've taken of me Ricky - thank you!! 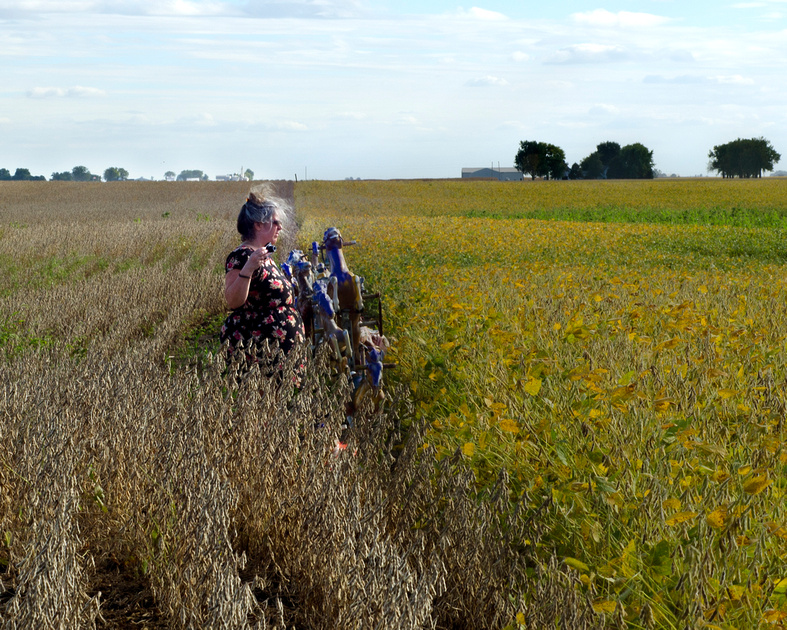 ( above photograph by Ricky Trauber )

UPDATE: This blog post captured the attention of the owners of this farm, and although I couldn't follow through - my friend Ricky did.  Below images taken the winter of 2016.

From the obituary: Robert brightened commuters lives with his line of horses in the field, that can be seen off of Route 24. 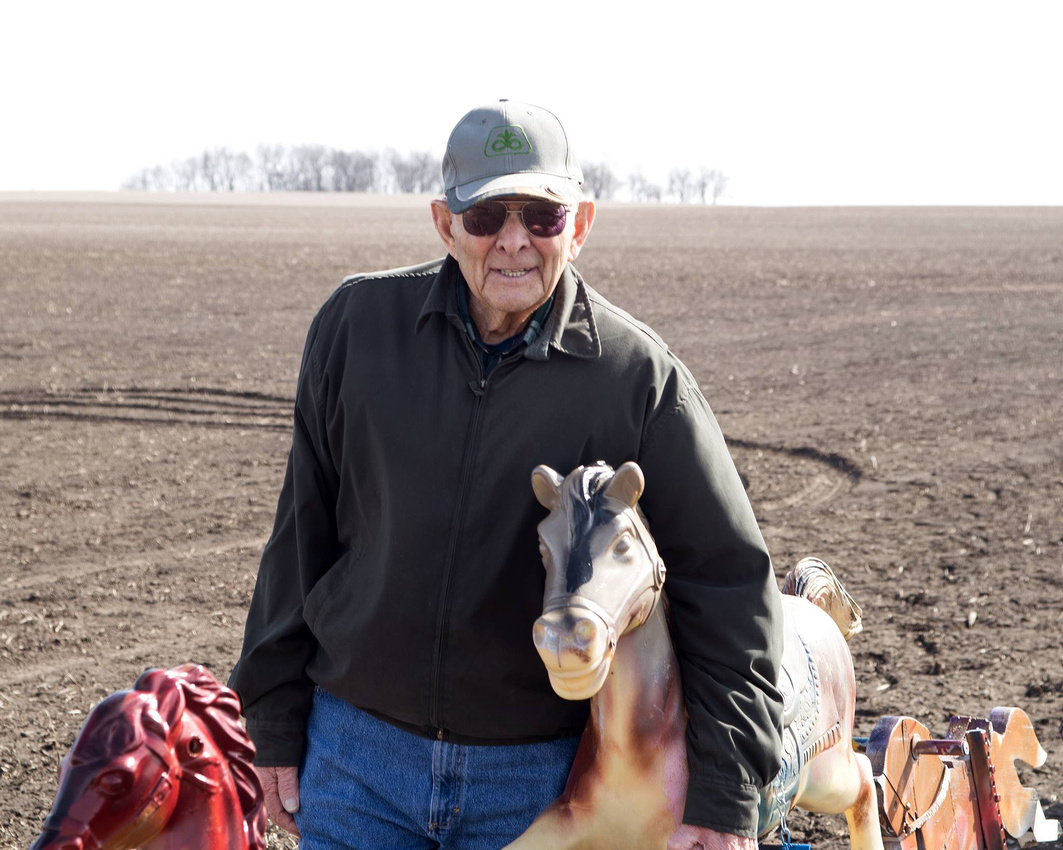 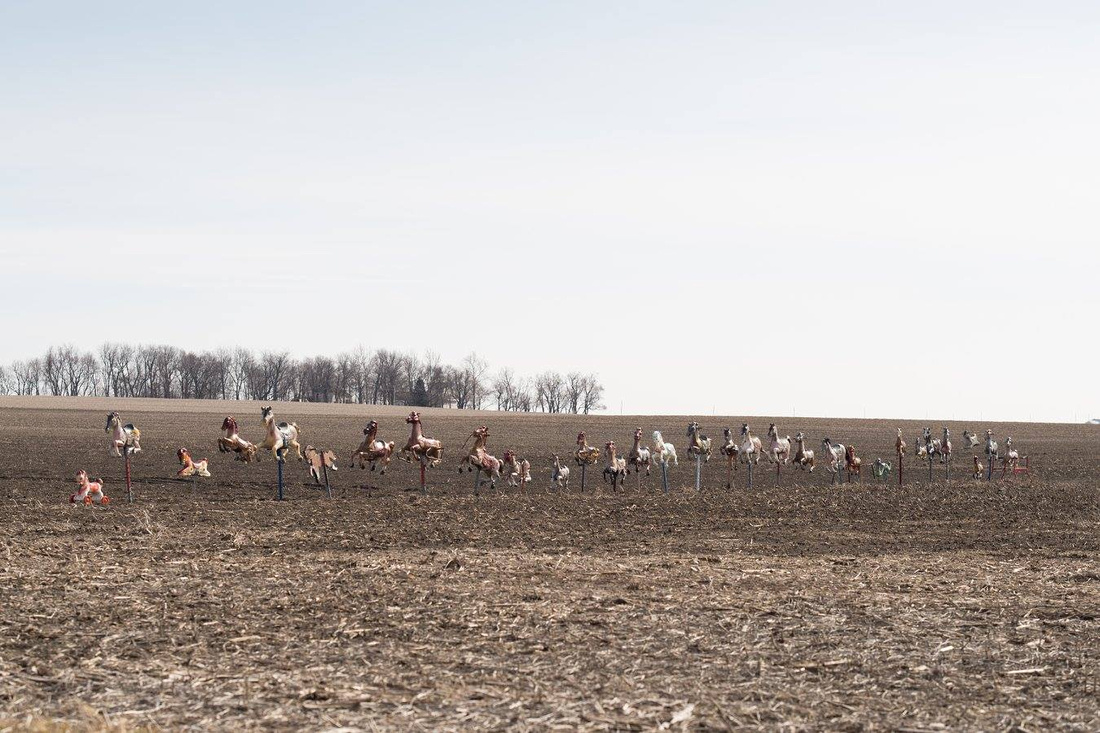 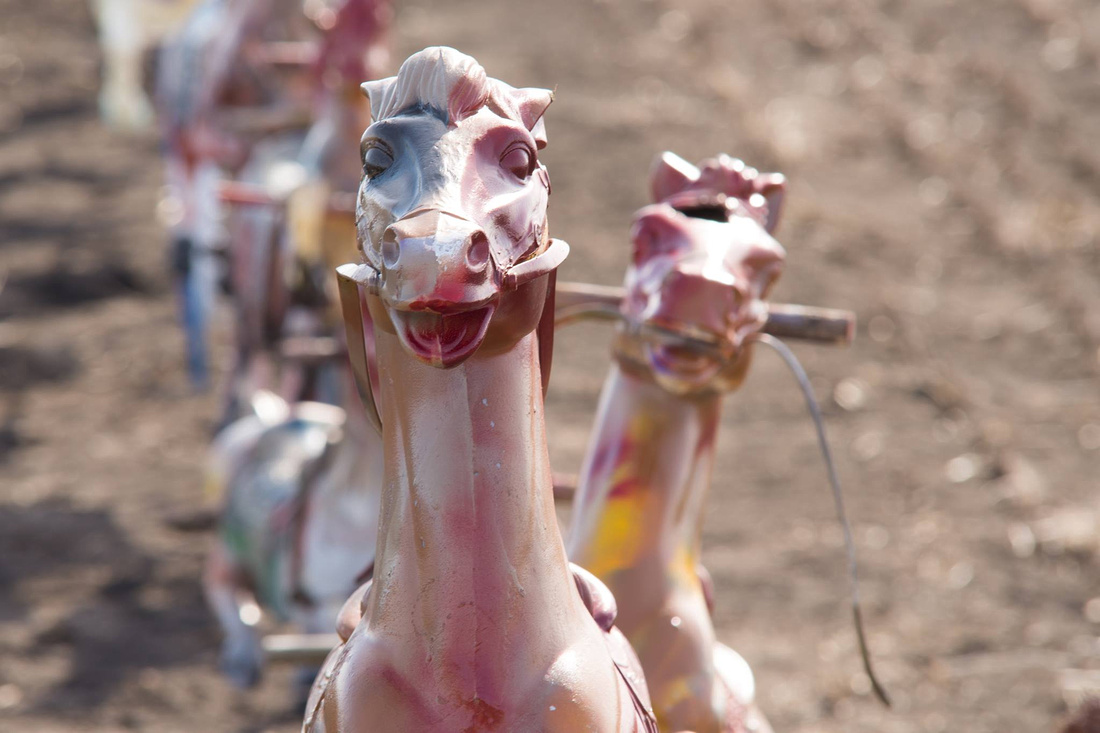 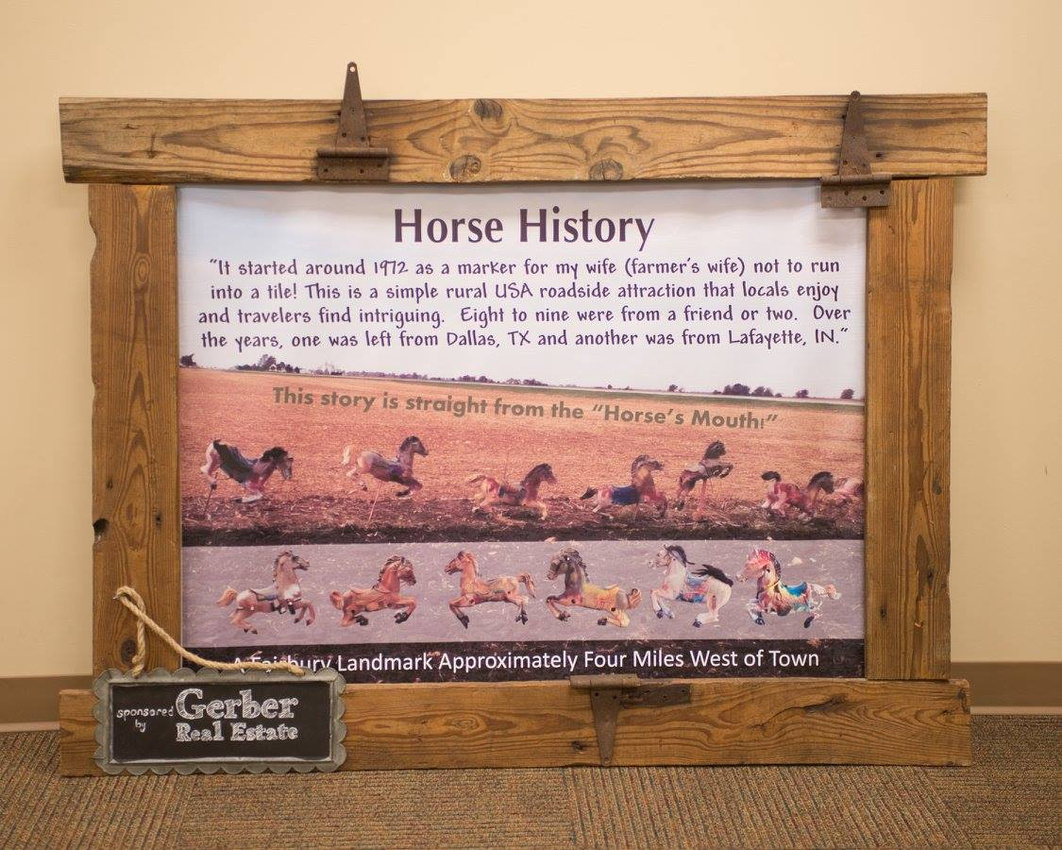 SHIRLEY Fowler(non-registered)
We take a trip to Fairbury to shop and see the horses in the field especially in the fall you can see them well. A nice treat in our trip. Thank you for the info and photos
Karen Milstead Freehill(non-registered)
Loved seeing these horses everytime I visited my hometown of Forrest. Bob Wenger's parents lived down the block from me when I was younger!
Christopher L Brown(non-registered)
I have known and loved these horses since I was a little kid...(I am now 42), every single time I travel toward Chenoa, il, I ALWAYS gaze into the field, just to find the same familiar critters from my youth...
Frances Mendoza(non-registered)
Im from Boaz Al. I first saw the horses while visiting in Fairbury a few months ago.I have returned with a horse named charlie to add to this collection.
Frances Mendoza(non-registered)
Im from Alabama, a friend told me about these so we came through just to see them.
No comments posted.
Loading...