I was commissioned to capture the unveiling of a statue. 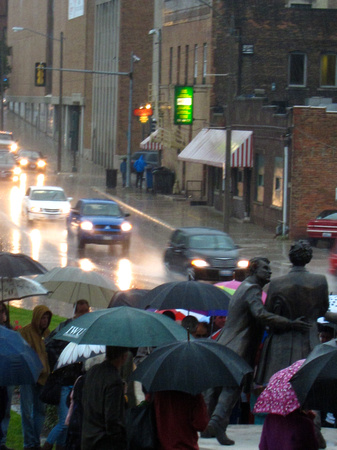 Below is some basic material about the sculpture, the sculptor and the keynote speaker for the dedication event.

Bloomington Center for the Performing Arts 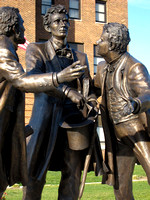 David Davis and Jesse Fell crossed paths with Abraham Lincoln in McLean County in the 1850s. This convergence of purpose eventually resulted in the nomination and subsequent election of Abraham Lincoln as America’s 16th president. Today’s dedication of this work of public art comes as a result of the collaboration and determination of many people who seek to preserve and celebrate Lincoln’s legacy in McLean County.

Sculptor Andrew Jumonville was selected in a national search. The Bloomington resident holds an MFA from Virginia Commonwealth University, and his work is found in public and private collections. With this new work, he has captured the vibrant personalities of the three men as they appeared in their younger years in Bloomington.

Dr. Michael Burlingame is the author of Abraham Lincoln: A Life (2 volumes; Baltimore: Johns Hopkins University Press, 2008) and The Inner World of Abraham Lincoln (Urbana: University of Illinois Press, 1994). He also has edited several volumes of  Lincoln primary source materials.  As the Chancellor Naomi B. Lynn Distinguished Chair in Lincoln Studies at University of Illinois - Springfield, Professor Burlingame continues to research the life and times of Lincoln. 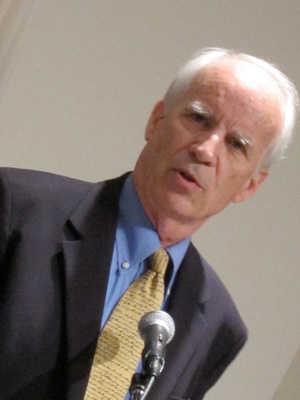